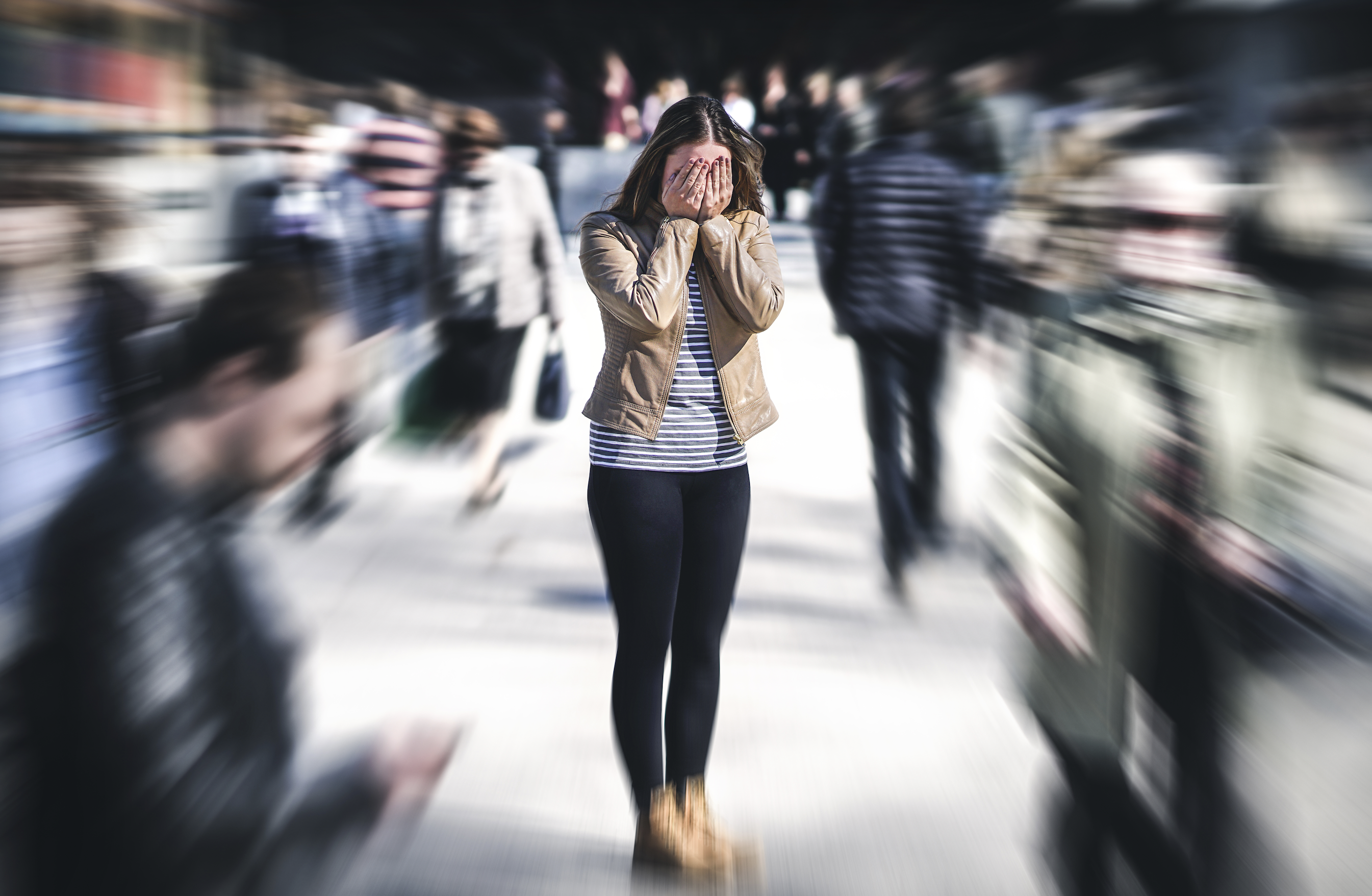 If you are suddenly asked to give a presentation in front of 1,000 people, then most people would panic! Now this is not a panic attack; this is a spike in adrenaline that causes a temporary feeling of panic.

Now this is not a panic attack. This is a completely normal response of the body trying to get you prepared for the event.

It is just your fight or flight response.
People who have panic attacks are talking about a whole different ball game!

A panic attack is a horrendous period of intense fear and anxiety. The attacks can last up to ten minutes or so and most people that are having them genuinely believe that they are going die!

Let me go through the typical symptoms that are associated with panic attacks.

With panic attacks they are only normally considered an issue if they have happened more than once. But of course it is a vicious circle as once you have your first full-on panic attack, then all you do is worry about having another one, which is the one thing that will cause your next panic attack!

From the clients that I have worked with, I know that their biggest worry is losing control. This fear by far is the greatest of all fears.

So people will AVOID everything that might trigger a panic attack.

The main issue is that people will amplify a normal response and blow it into something larger causing the panic attack.

So in other words YOU end up creating your panic attacks!

So it starts off with a “trigger point” which causes a sensation in the body which leads to an increase in adrenaline. Now at this point there is nothing abnormal about this situation.

What happens next is what causes your panic attack.

You then misinterpret those feelings and sensations, so instead of accepting those as perfectly normal, you instead see the situation as critical and dangerous.

You say to yourself something on the lines of …

Now what do you think is going to happen when you say these things to yourself?

You will fuel the fear and panic. Next you create an escalation of the fear and create more physical sensations and this is one big vicious circle.

The good news for you is that the body can only sustain such extreme physical responses for a short period of time before it will automatically calm down.

Many of you who experience regular panic attacks also have agoraphobia. This is the fear of open spaces, but from my experience it is more than just this as it also affects people leaving their home, entering public spaces and travelling alone.

So you worry about being somewhere where you can’t easily get home or get help should a panic attack strike. So you avoid these places just in case the worst case happens.
But avoidance only heightens your anxiety.

At the point of avoidance the anxiety will decrease BUT that is only temporary as you then constantly think of the next thing that you need to avoid. And the amount of things you choose to avoid increases as you get worse, making your life a total misery.

If you experience panic attacks, then most likely you feel like the ground has been pulled from beneath your feet, your confidence is shattered and your entire life feels like its been turned upside down.

It’s important to understand that feeling anxious is a normal physiological response of a person, especially if facing something new or something very important that could have a great impact on their life.

However, when the anxiety affects the person’s behaviour and interferes with the ability to function properly, it then becomes a problem. Anxiety is a psychological state that is manifested with feelings of concern, worry or fear.

This state affects the behaviour, emotional state and the mental state of a person. It will influence the person’s personality and the way they behave emotionally or socially.

It will also change the way they see life. It can greatly disturb their routines and the way they interact with other people, either family or friends.

In simple terms, “anxiety” is used to describe a state when a person’s reactions exceed that of what is considered normal or appropriate to the situation.

The P.R.O.P. technique that I will soon teach you will help you to completely turn your panic attacks around.

I want to reassure you that having panic attacks does not mean that you are weak or have a defect or anything like that. It has nothing to do with a lack of courage. In fact it is quite the opposite. People who have panic attacks are actually very brave.

Each day they face their fear head-on and have to battle with their inner demons, worried about another panic attack triggering at any moment.

Did you know that you are NOT in any danger from a panic attack? A panic attack will NOT harm you.

The “fight or flight” response that you experience during a panic attack is a built-in mechanism, going back to our caveman days. It is there to protect you from danger, not to harm you. Rest assured that your body’s primary goal is to keep you alive and well.

I want you to really understand that panic attacks are 100% treatable. The sensations that terrify you are nothing more than just sensations. People misinterpret the sensations while having a panic attack…a bit like a false alarm.

Panic attacks cannot harm you and you will be 100% safe. I know that you might feel extremely scared and convinced at the time that you are going to die, however you didn’t and ultimately you were 100% safe, no matter how unpleasant it was to go through.

Are you ready to learn the P.R.O.P. technique?